In an era of fist-pumping, DJ/producer slashies, it’s rare to find a producer whose aspirations are pure: highlight the essence of the artist, creating music that’s fresh, viable and relevant. For more than a quarter century, John Grenn has honed his production and sound design expertise to achieve this very aim. Name the genre and he’s worked with it. Choose a style and he’ll get you there. Whether writing his own original works or elevating those in his care to new heights, John has the skills, talent and know-how to deliver.

John’s beginnings were humble but his devotion indisputable: to be a world class producer. At 17 the Ontario resident began his journey on a friend’s four track cassette recorder, progressing from there to a 16 track studio, which is where he built the foundation he would construct his career on. To further develop his talents, John studied at Canada’s premier recording school, OIART, where he continued to master his song writing, audio engineering and production skills—graduating in the top of his class.

Under the roof of his own recording studio, John has worked with a number of commercially successful artists. One of his first collaborations was with Brad Ferringo of the Yakoo Boyz (YBZ). Together they generated a number of tracks, such as “Pipe Dreams” and “Calling,” that charted and garnered national airplay, including the single “Now That I Found You” which hit #29 on Canada’s RPM Music Chart in March of 1999. All three tracks were commercial successes featured on numerous compilations. Additionally, the duo’s collaborations were featured with live performances at top music festivals and TV broadcasts, including a feature performance on Much Music.

During this time, John’s foray into remixing truly began, as the duo was commissioned by a number of mainstream artists. One of these collaborations was with Whigfield and the resulting track “I Want Your Love” was a dance hit featured on her EP Close to you.

In 2012, John’s musical aspirations focused on his forte: EDM. Teaming up with DJ Paul Glover, they formed the act Glover | Grenn, producing a full album: The Journey Begins (released by Hard Love Records in 2013). Invigorated by the release of 11 singles and two remixes, John is now primarily focused on his own brand, simply that as Producer John Grenn. His newest collaborations bring his eclectic diversity to the forefront, such as his remix of the EDM violinist Kytami’s “Safe House” and his more recent partnership with Juno Award-winning artist Sam Roberts and a remix of “Shapeshifters.”

John’s philosophy is simple: “Take the attributes, sensibilities and essence of the artists and elevate the production to its potential.” Within this subset of rules lays a technical master with experience in a multitude of genres, styles and engineering techniques. The array of tools at his disposal ensures the integrity of the artist and the spirit of the track remains preserved. In this industry, there are two kinds of producers: those who seek the limelight and those whose allegiance is to the music; John Grenn is one of the latter.

John has recently transitioned to New Country, focusing on Songwriting and his own Commercial Releases, which include his first New Country Release, “Biggest Part Of Me” (Written / Produced and Mixed by John), which releases April 30th, 2021 and is already receiving Radio and YouTube support. 50% of all of John’s own commercial releases will go to a worthy charity, with “Biggest Part Of Me” being dedicated to supporting Children’s Mental Health. Look forward to a lot more from John with his Brand of New Country Music, moving forward.

Support the “Bro, Get Tested” Campaign 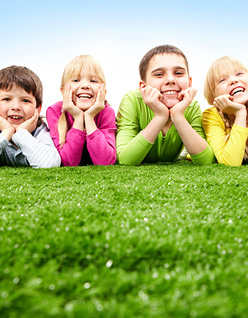 Remember when you shop JohnGrenn.com, 50% of all proceeds go to organizations promoting Ontario Children’s Mental Health.

Get Updates on New Music and News!

We use cookies to give you the most relevant experience by remembering preferences and repeat visits. By clicking “Accept”, you consent to the use of ALL cookies.
Do not sell my personal information.
Cookie SettingsAccept
Manage consent

This website uses cookies to improve your experience while you navigate through the website. Out of these, the cookies that are categorized as necessary are stored on your browser as they are essential for the working of basic functionalities of the website. We also use third-party cookies that help us analyze and understand how you use this website. These cookies will be stored in your browser only with your consent. You also have the option to opt-out of these cookies. But opting out of some of these cookies may affect your browsing experience.
Necessary Always Enabled
Necessary cookies are absolutely essential for the website to function properly. These cookies ensure basic functionalities and security features of the website, anonymously.
Functional
Functional cookies help to perform certain functionalities like sharing the content of the website on social media platforms, collect feedbacks, and other third-party features.
Performance
Performance cookies are used to understand and analyze the key performance indexes of the website which helps in delivering a better user experience for the visitors.
Analytics
Analytical cookies are used to understand how visitors interact with the website. These cookies help provide information on metrics the number of visitors, bounce rate, traffic source, etc.
Advertisement
Advertisement cookies are used to provide visitors with relevant ads and marketing campaigns. These cookies track visitors across websites and collect information to provide customized ads.
Others
Other uncategorized cookies are those that are being analyzed and have not been classified into a category as yet.
SAVE & ACCEPT